A simple look into the Profession of A Security Guard 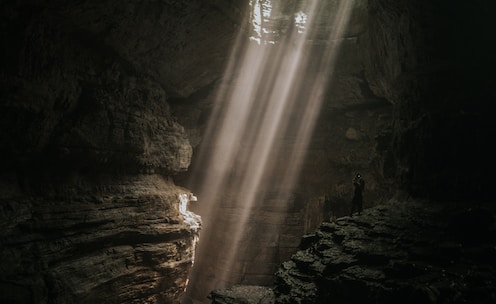 The History of Security

Way back in time, back in the day of the dinosaurs, man has implemented "Security" in his life. Living in caves protected them from wild animals and other groups or tribes. Fire at the end of the cave was considered to be the first perimeter lighting. There are caves where access was limited due to their location.

Barriers were built like the "Great Wall of China",

Fortresses in Greece(600 B.C), and Castles surrounded by moats and bridges. All controlling access.

In the time of Augustus Caesar, the primary goal was to protect the "Emperor" and all his property. Security forces called "cohorts" and non-military vigils were established and considered the first "Community policing" and the basis for modern-day "community watch".

In England, during William, the Duke of Normandy divided the country into five districts called shires, with each controlled by a reeve. The shire reeve became our modern-day "Sheriff". Constables, from Constabuli, were the "keepers of the stable". A very important job since everyone back then used horses.

Civilian patrols and locked community gates from sunset to sunrise.

A Bailiff was created to check on strangers every 15 days.

All citizens were required to respond and assist the Watchman or Ward during "hue and cry". (Alarm)

In the 19th century merchants established"Merchant Police" because they realized a need for greater security. The security business enhanced into Business Protection, Crime investigations, and the recovery of stolen property. Here is where security guards against pilferage.

In the old west, there would be "Fireguards". These people would patrol a town and guard against fire. Everything was made of wood back then, so any uncontrolled fire would destroy a town. There are also fireguards in the military. Those guys/gals patrolling a base or camp while everyone sleeps.

Modern-day security is attributed to Sir Robert Peel in 1829 he introduced the Metropolitan Police Department. He reformed to improve the police by preventing crime, proper training, and deploying resources based on areas and time of day.

Pinkerton, Wells Fargo, and Brinks were all established in the mid to late 1800s. Pinkerton was created mainly to combat train robbers. Today Brinks is the largest armored car company in the world.

Today railroads have their police force. They investigate crimes and protect passengers and cargo shipments. Companies like CSX and AMTRAK.

Since 9/11, security has been on the frontline of defense at every level from small businesses to government contracts. Soft and Hard targets are beefing up their security protocols in wake of the attack. Soft targets, which had little to no threat are finding they are susceptible to the dangers also. This caused proactive, vigilant, and relevant training and increased protection with the addition of state-of-the-art security equipment to increase dramatically in the business world.

A security guard is a person, other than a police officer, who is employed by a security guard company to guard principally a client location. Protecting people and property from harm and unlawful activity. The security guards' main duty is to Detect, Deter, and Report.

Other duties include protection from unlawful entry, unauthorized intrusion and entry, larceny, arson, vandalism, and trespass. Patrolling could be on foot, in a vehicle, or on a fixed post like a gatehouse where you will control a property's access. The security officer is charged with protecting people, property, and information. Daily duties involve taking the appropriate actions required to establish and maintain a safe and secure environment.

The security guard wears a uniform to identify him/her as a person of authority and a go-to for help. The way a security officer looks in uniform is very important. Have you ever looked at a security guard who looked like he just rolled out of bed in his uniform? He looked like a bum. Do you think he was approachable? No! But if you see an officer, or anyone for that fact, dressed clean and smart, you think that person is intelligent and approachable. You will accept their authority.

Which officer do you want to be?

To become a professional, it will be very important that a guard/officer familiarize him/herself with the policies and procedures of the client's location. Your function is to lessen the liability to your client. He will also have to assess his/her threat potential at that location. That means, "what is the likelihood of something happening here?" Do I have to stay on my toes? Is this a nuclear facility or is this the community pool? The SOP or Standard Operating Procedure Manuel gives a lot of information about the site. Read it. Know it. Know the policies of what is expected of a security officer and how your client will expect you to act. 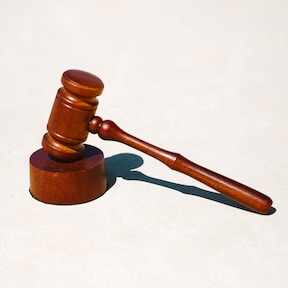 The Law and Security Personnel

When we talk about security personnel and the law, the security guard/officer has the same powers as a "citizen". No more No less. Security personnel is hired to protect people and property. The authority they have is given to them by the client. If a client wants you to arrest and detain individuals, the security officer must be trained in how to make an arrest.

There are different rules to follow when you are a citizen making a "citizen arrest". Mainly the crime has to be done IN YOUR PRESENCE. 90% of Security personnel will not be arresting people.

Your job is to OBSERVE and REPORT. Know the Bill of Rights, which are the first ten amendments of the Constitution. Be especially mindful of the Fourth Amendment which pertains to "search and seizure".

Trying to arrest someone is not always easy. As a security officer, you must be trained in how to arrest. You will often not have handcuffs, nightsticks, pepper spray, or a firearm. So how will you arrest someone?

If you want to arrest people become a police officer. Also, make sure your client will back you up in case you get sued. If not, Don't Arrest. Gather information and pass it to the police.

Understand, you MUST be 100% correct when you take someone's freedom from them. You will be liable if you made mistakes.

Violation is punishable by less than 15 days and a fine.

The Good Samaritan is a parable told by Jesus in the Gospel of Luke. Jesus said, "people should love everyone, including your enemies." The central meaning of the parable is to be compassionate and helpful to a person in distress.

This 2,000-year-old parable has just as much relevant meaning now in this modern age than it was when Jesus said it. Many states have enacted laws regarding citizens getting involved in situations that require immediate response to save a life. The Good Samaritan Act basically says that anyone who volunteers to give aid to an injured person in an emergency that involves life and death will be protected from any lawsuits and liability. Understand one thing, this is the key takeaway from this law, You are protected as long as your actions are within your training. You can be held liable for doing a medical technique you have not been trained to do. For instance, doing CPR on someone who is breathing. Or, doing the Heimlich maneuver on someone not choking. Some states require citizens to help, despite their training, with threats of punishment if they don't take action. 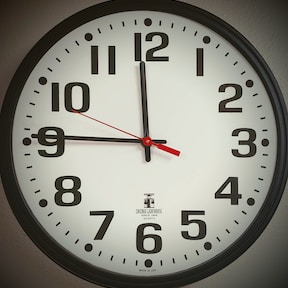 A professional Security Officer will arrive 15 minutes before the start of their tour/shift. This is to get any information from the previous shift that you may need to know for your shift. Don't come to post at the start time, you may not get All the information you will need to know for that shift. You are late and the person you will be relieving wants to go home. It's also disrespectful to your fellow officers.

Some posts stand on their feet for long periods, 8, 10,12, and 16 hours. So when relief comes they are very happy. Be considerate to your fellow officer and you will benefit from a good working environment. 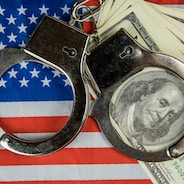 Code of Ethics for Security Guards

In my capacity as a security guard hired to prevent, report and deter crime, I pledge:

RULE OF THE GATE

IF YOU DON'T NEED IT, KEEP IT LOCKED 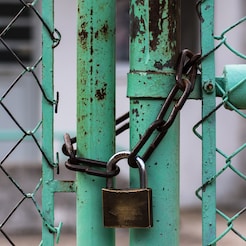 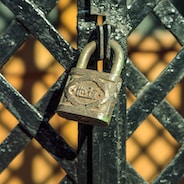 Bad guys may change a lock they find open and come back later. Be Aware

Security personnel will need to learn Military time. It's easy. The military uses a 24-hour clock. The day starts at 0000 hrs, (zero hundred hours) which is twelve (12)am midnight. After you get to Noon(12)pm you will continue to Thirteen(13) thirteen hundred hours which is 1 pm. Continuing to 2400 hours (12) midnight.

Many incidents have occurred where a disgruntled employee or enemy of a client and/or company have injured people using letter bombs and parcels. Lately, the actors of these violent attacks are using some sort of AR system (AR15). Whatever the method of attack is, security personnel must continue to observe and be aware of the different behaviors that these subjects exhibit.

Learn how to identify some of the ways different devices may be packaged, sent, and hidden to deceive security.

Security must be alert to this ever-growing threat.

Workplace managers and safety professionals should develop a plan to address this issue and implement it into the emergency preparedness plan and training.

Company X believes that all employees are entitled to a safe, non-threatening workplace environment. Any form of violence, whether actual or perceived, may be in violation of this policy.

This includes but is not limited to:

• Threats via email or voicemail

• Possession of a weapon

• Sabotage or misuse of equipment or company property •

Any behavior that is perceived as threatening An employee who believes that he or she has been subjected to or the witness of threatening or intimidating behavior by a fellow employee, a customer, a family member, or someone else, should report such conduct according to the procedure outlined below. Any employee who violates this policy may be subject to disciplinary action, up to and including discharge

Violence, or the threats of violence, whether committed by supervisory or non-supervisory personnel, is against stated company policy and may be considered unlawful as well. Management is responsible for taking action against threats or acts of violence by company personnel or others, including customers, vendors, family members, or others

1 Policy text is adapted from Sample Policy provided in Preventing Workplace Violence - A Guide for Employers and Practitioners by Mark Braverman. Copyright © 1999 by Sage Publications

SECURITY IS ALWAYS A WORK IN PROGRESS